Kleos Space, a Luxembourg-based private company which carries out radio-frequency mapping, is helping monitor illegal fishing off the coast of the Galápagos Islands.

The Islands, situated close to the Equator, are officially Ecuadorian territory. The waters that surround this volcanic archipelago are rich in sea life, making it an easy target for the illegal fishing activities. Earlier this summer, the Ecuadorian government expressed concern about reports of a fleet of Chinese fishing ships seen in the area.

The government was particularly worried about the sheer size of the Chinese fleet, one of the largest to be seen for many years. They claimed that the ships, which appeared to be unchecked, were active close to a protected zone, damaging attempts to protect local marine life. The waters around the Galápagos Islands are home to some of the most diverse species of sharks, many of which are endangered.

Kleos Space has entered the fray to help. Based in Luxembourg, the private company defines itself as a disruptive influence in the world of space-enabled data-as-a-service. It uses satellites to perform mapping and provide geo-services data.

This month, Kleos declared it would expand activities to start monitoring illegal fishing activities surrounding the Galápagos Islands. The company intends to conduct its work as a cost-effective form of intelligence gathering. It hopes to help the Ecuadorian Government combat illegal fishing and migration, whaling, smuggling and to help detect vessels in distress.

Greater intelligence gathering to halt damaging fishing activities comes amid calls to expand protected zones around the Islands. Alex Hearn, a biology professor at the Universidad San Francisco de Quito in Ecuador, advocated for there to be an agreement to protect biodiversity beyond national jurisdictions. In his view, this would expand protected waters to include a larger share of the high seas and open-water areas.

Three years ago, a Chinese vessel called the Fu Yuan Yu Leng 999 joined a large fleet which trawled the waters around the Islands. The vessel was later found to have caught over 300 tonnes of sea life in its nets, most of which were sharks.

Such incidents highlight the vulnerability of the Islands’ protected zones, and the need for as much assistance as possible to prevent reoccurrences. Kleos Space highlights the role that private-sector companies can play in helping protect endangered marine life, on top of the tireless work of the Ecuadorian government.

If you would like to read more stories about all things renewable and sustainable, subscribe to our newsletter here at Volta Future Perfect. 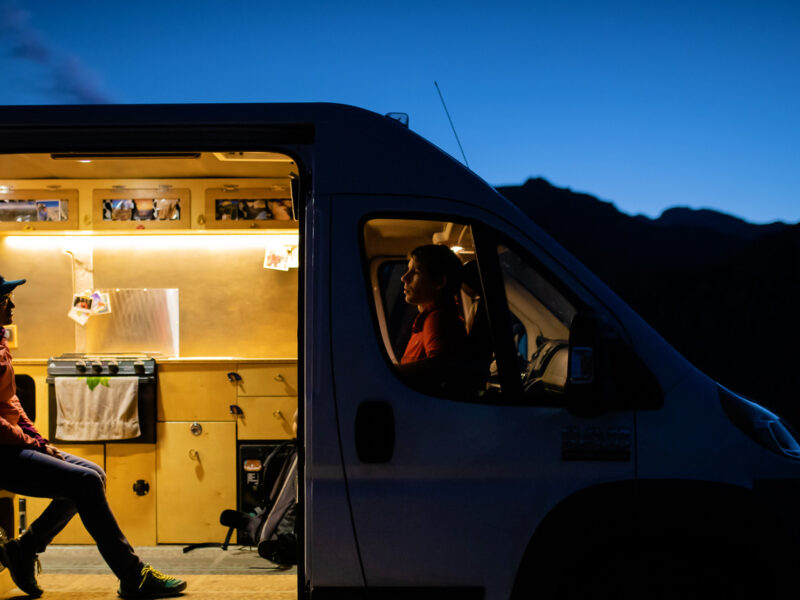