Vanishing into thin air – why we must protect our lakes

Freshwater is something of a luxury in nature. Lakes are great sources of this resource, and help sustain vibrant ecosystems in the process.

The latest estimates based on satellite observations suggest there are up to 117 million lakes in the world, excluding glaciers in Greenland and Antarctica. Lakes are safe havens for a wide variety of organisms, allowing them to breed safely and migrate with ease.

Now we have to think about the future. Let’s clean and then we become aware so that we don’t have to clean again.

Not only that but lakes help ease pressure on rivers and streams, helping lessen the impact of flooding. During times of drought, they also serve as invaluable sources of freshwater, allowing them to sustain animals and plants alike all year round.

But not all lakes are in rude health. Human activity is actively damaging many of them.

The Aral Sea turned to salt

Located between Kazakhstan and Uzbekistan in Central Asia, the Aral Sea is a warning from history about what can happen to lakes if we don’t take due care of them. Formerly holding the title of fourth-largest lake in the world at its greatest extent, the Aral Sea has become a shadow of its former self.

During the Soviet era, mass industrialisation and agricultural growth required large-scale irrigation projects to divert water from the Aral Sea directly. The resulting irrigation projects drained the Aral Sea, causing irreversible damage. As of 1997, the lake had shrunk to 10 per cent of its former size. In 2009, surveys revealed that the south-eastern part of the lake had vanished entirely. 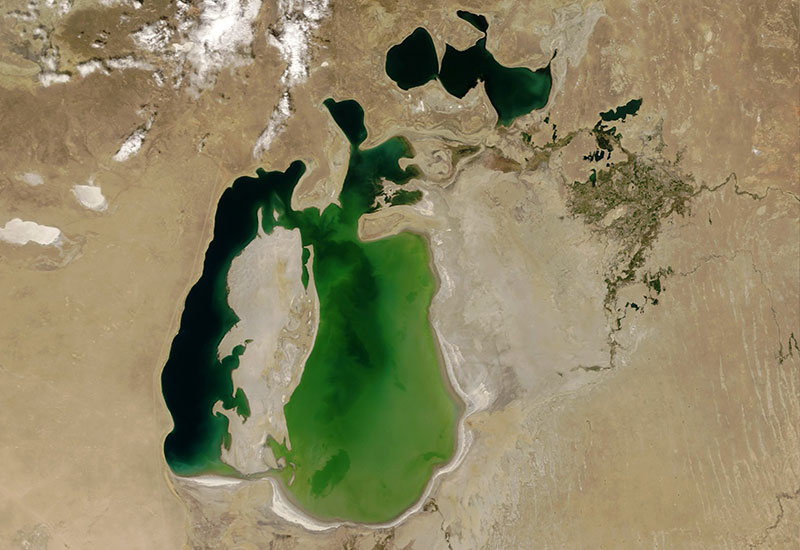 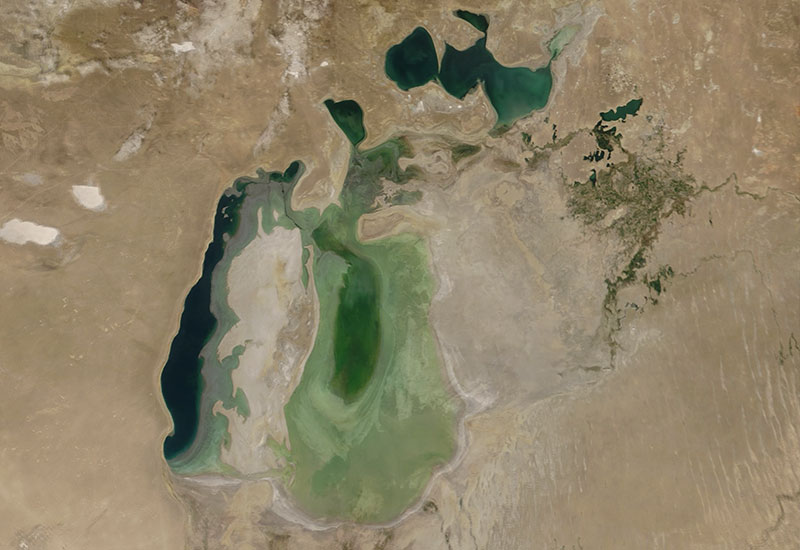 Once the fourth largest lake in the world, the Aral Sea has shrunk considerably between 2000 and 2018 due to heavy irrigation and pollutants. Photo credit: NASA / Terra satellite

In 2014, NASA confirmed the fears of many, revealing satellite data suggesting the eastern basin had entirely drained away, leaving nothing but an arid desert. Less water in the remaining lake basin caused salinity to increase, killing fish and other organisms which depended upon the lake for their survival.

The sad story of the Aral Sea has been logged by UNESCO as part of its Memory of the World Register, serving as a cautionary tale in the limits of mankind’s exploitation of lakes that may have once been considered impervious to damage.

Lake Uru Uru gets a clean

Drainage is just one problem afflicting the world’s lakes. The rising tide of plastic pollution is another. Lake Uru Uru in Bolivia is swimming in the stuff, leading many to wonder whether there’s more rubbish than water within the basin. The lake is coated in items including plastic bottles, toys and other non-biodegradable items, which literally choke the life out of it.

A drought in 2016 drastically lowered Lake Uru Uru’s water levels, and a steady trickle of plastic waste has started to flow into it from the rivers that are supposed to be feeding it with clean freshwater. The situation has grown so grave that local people are finally being spurred into action, serving as an effective clean-up service.

A nearby lake, Lago Poopó, dried up entirely in 2015, so volunteers are racing against the clock to save Lake Uru Uru before it is too late. Help from abroad is at hand fortunately. French social media influencer Alex Dessard, who previously helped raise awareness of the need to tidy up a site dubbed Bolivia’s train graveyard, has dropped by to help.

Speaking to Reuters, Mr Dessard claimed: “It’s a shame that so much garbage has come here because it has accumulated in many years, perhaps a decade. Now we have to think about the future. Let’s clean and then we become aware so that we don’t have to clean again.”

Ditching our plastic in water was always going to come back and bite us. Efforts such as the clean-up on Lake Uru Uru could help turn the tide and save more of our precious lakes, so future generations can admire them.

LEGO’s building blocks for a g...

The battle to save our natural...